The Support Bot has Arrived

Good Day Gamers,
As more members join the website and Discord server and as we add more game servers, there is always more work to be done. More work to do means less gaming and recording time for me. That being said, I needed to figure out some options to try to automate some of the stuff I do. Today, I’m happy to introduce my Discord bot called MegacycleBot.
This guy is sitting at about 510 lines of Python 3.6 and is using Discord.py to communicate with my community Discord server. Not only did I write him with the ability to welcome new members and reply to simple messages (like giving hugs) but this bot also has the capability of starting and stopping game servers in the back end. This means that if games aren’t being played on, they can be shut down, saving resources. Similarly, if anyone wanted to start playing a game, that game can be turned on, all from Discord. As an added bonus, this allows admins on the Discord server to control the game servers without having to log into the server directly.
Aside from that news, I did want to thank you all for being a part of the Megacycle Entertainment gaming group. Feel free to join us on Discord and checkout this bot (and other gamers) in action.
– John Megacycle 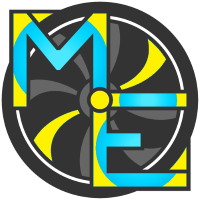