Real-Time and Turn-Based Strategy games (RTS and TBS, respectively) have been a common element in today’s gaming environment. Though they aren’t as popular as they were in their hay-day of the late 90s, strategy games are still heavily played by those who enjoy more planning and technique, rather than just ‘run and gun’. Where First Person Shooters (FPS) reward quicker reaction time and impulsive, precise accuracy in tense situation, strategy games reward the more long term investment, seeing a move several turns/minutes ahead. Let’s take a moment to understand where strategy games got their start, at least, in the video gaming sense.

Back in 1992, Westwood Studios released Dune II (read as Dune 2), one of the first RTS games of its kind and was a re-imagining of the book and movie under the ‘Dune’ namesake. In addition to House Atreides and House Harkonnen (and later House Corrino of the Emperor) struggling over control of the planet Dune (Arrakis, to the locals), House Ordos was added and a three-way struggle for supremacy was declared. ‘The Spice must flow!’, was a common chant as this resource was incredibly precious. Spice provided many gifts for humanity (according to the books), such as space travel, enhancing psychic ability and extending life, to name a few. In terms of gameplay it was used as a harvestable resource that was converted into credits, a currency to be used to fund the war effort.

Revolutionary from other strategy games at the time, Dune II set itself apart as a game that didn’t wait for you to take your turn, as was akin to other games at the time. Every second of gameplay was relying on input from the player, demanding a higher degree of attention and skill to master. Restated, the computer opponent didn’t wait for you to think things though. Snap decisions were required to ensure that resources were secured, the base that you built was defended and that the enemy wasn’t growing in strength. Dune II was a step into a new genre, but, as I’ve mentioned in ‘Game Terms: Hard vs Difficult‘, there was a heavy reliance on the keyboard, a lack of a multi-select and other UI issues that make the game difficult.

In 1994, Blizzard Entertainment released their take on the strategy genre, with a fantasy interpretation, with ‘Warcraft: Orcs & Humans‘. The game tells the story of two races. The Humans, who live in the rich and beautiful lands of Azeroth, and the Orc Horde which is invading and striving to take the lands of the Humans. The player experiences the story, broken down into missions and objectives, that facilitate natural ‘check points’ throughout the game. Similar to Dune 2’s ‘build base, harvest resources, build army, destroy enemy’ formula, Warcraft also added more mission variety, such as rescue missions and even quelling rebellions of your own race.

About the same speed/learning curve as Dune II, this game was still different in many ways. Military unit creation, local multiplayer, better storytelling, resource management and the use of ‘abilities’ were the next evolutionary step in the RTS game genre. Warcraft also introduced the ability to select multiple units at once (9 total) allowing the player to give a single order (move/attack/etc) but have this slection affect more than one soldier/worker. This made commanding larger forces a much easier process, even if the pathfinding (how a unit determines its moving path) wasn’t all that great. In addition, Blizzard set itself apart by splitting the game’s resources into two groups (gold and wood) rather than Dune II’s interpretation of credits (generated from spice harvesting).

Finishing our short journey in 1995, Westwood Studios released the beginning of a series that is familiar to all of us, Command and Conquer. The game begins with its own campaign (similar to Dune II and Warcraft) be forcing the player to choose a ‘side’ without actually knowing much about them. The UN backed Global Defense Initiative (GDI) and the ancient terrorist group known as the Brotherhood of NOD (usually, just called NOD) fight for control and support of not only their fellow man, but also of a rare crystal known as Tiberium. Energy and mineral rich, plentiful and dangerous to humans, Tiberium is better explained throughout the campaign and the story is different depending on which side you’ve sworn your allegiance to.

C&C (as it is also commonly referred to) returned to the battle field with cinematic mission intros and outros, multiple unit selection (no limit) and an incredible enhancement to gameplay and user interface. In addition to this, the game also featured multiplayer capability, which allowed real-time battles This title, and the ones to follow, bestowed upon Westwood Studios the title of ‘The King of RTS’, and in my opinion it was well deserved.

That being said, I’m confident that these aren’t the very first real-time strategy games, and perhaps there were some lesser known titles that did the job better. I will say that these three tiles defined a generation of strategy games as we know it and since the mid 90s there have been hundreds of imitators, but never successful duplicators. 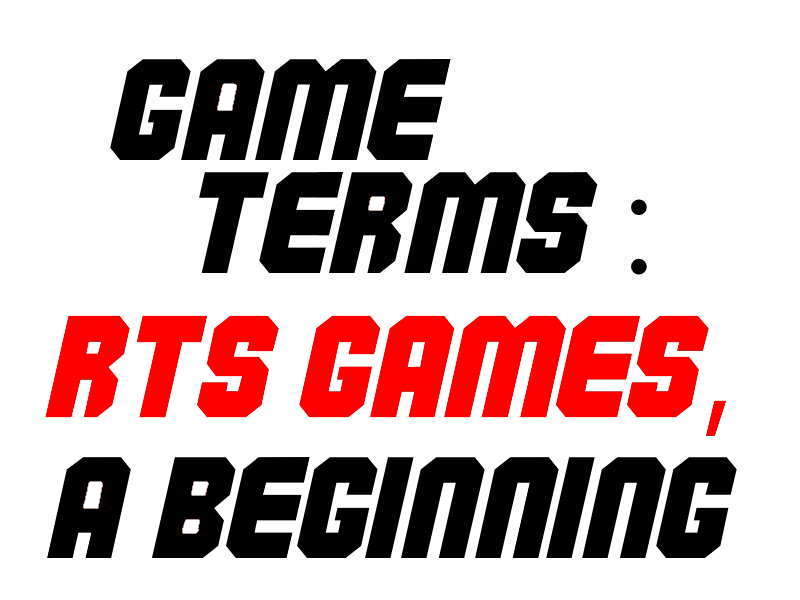